I’ve got a chance to meet maestro Sasha Mäkilä, internationally well-known Finnish conductor, and visit his concerts twice. Our meeting happened last year when Sasha came to our aikido club in Lappeenranta for a training.

After the training he kindly invited us to his classical music concert. He visited Lappeenranta to conduct an annual concert with Saimaa Sinfonietta, which takes place in two Finnish cities (Lappeenranta and Mikkeli) as a collaboration with the Mikkeli’s city orchestra. 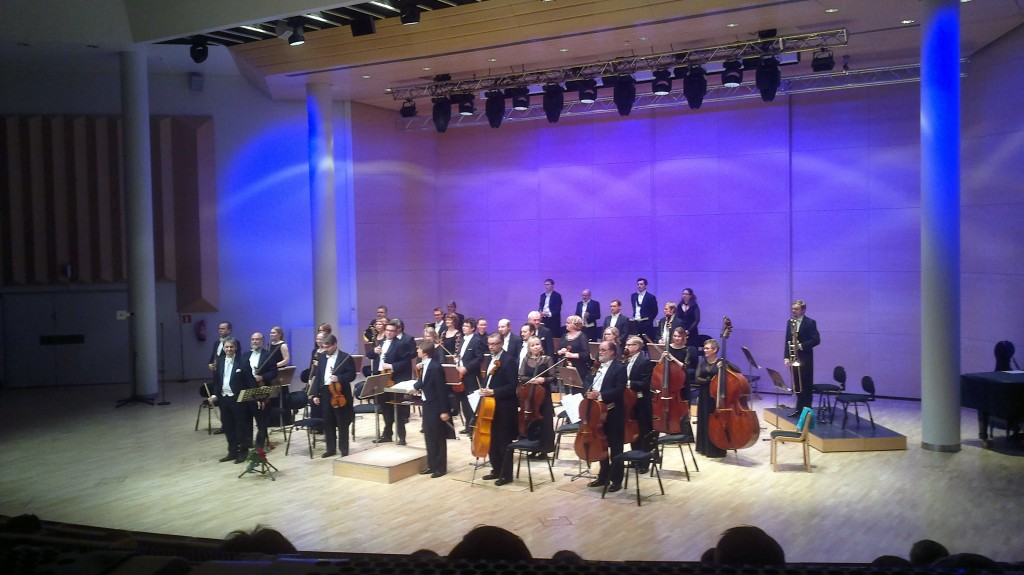 Sasha Mäkilä is the music director of a chamber orchestra St Michel Strings in Mikkeli, and his professional career includes conducting in leading orchestras in Finland, US, UK, Russia, Europe, Asia and South Africa (for instance the Cleveland Orchestra and Orchestre National de France). 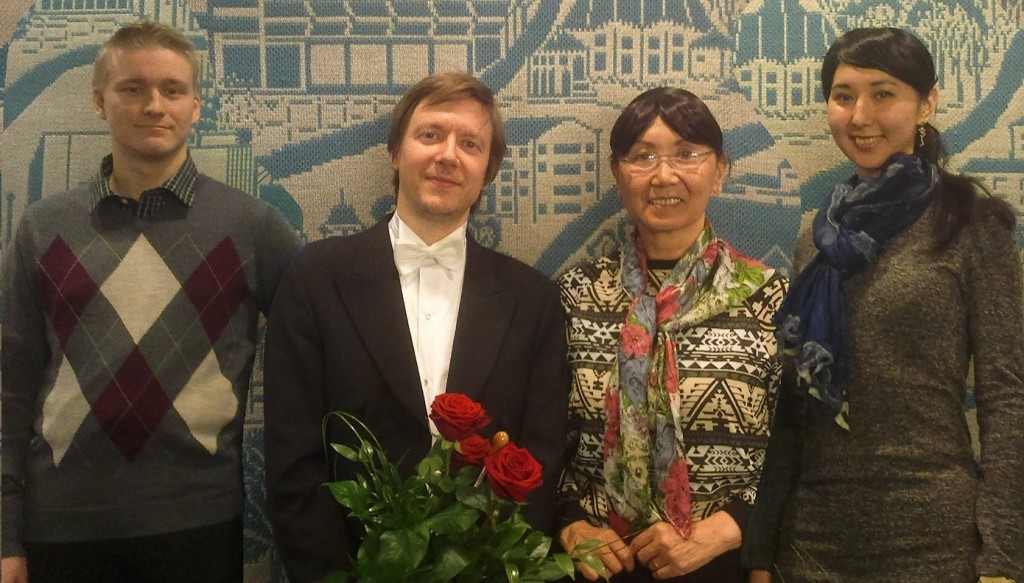 Last year I went to Sasha’s concert with my mother and aikido mates, and this year we visited his concert with almost the same team. It is an honor for me and for every one of us to be invited to a classical music concert by the maestro himself.

This year Saimaa Sinfonietta took place in the St. Mary’s Church of Lappee built in 1794. 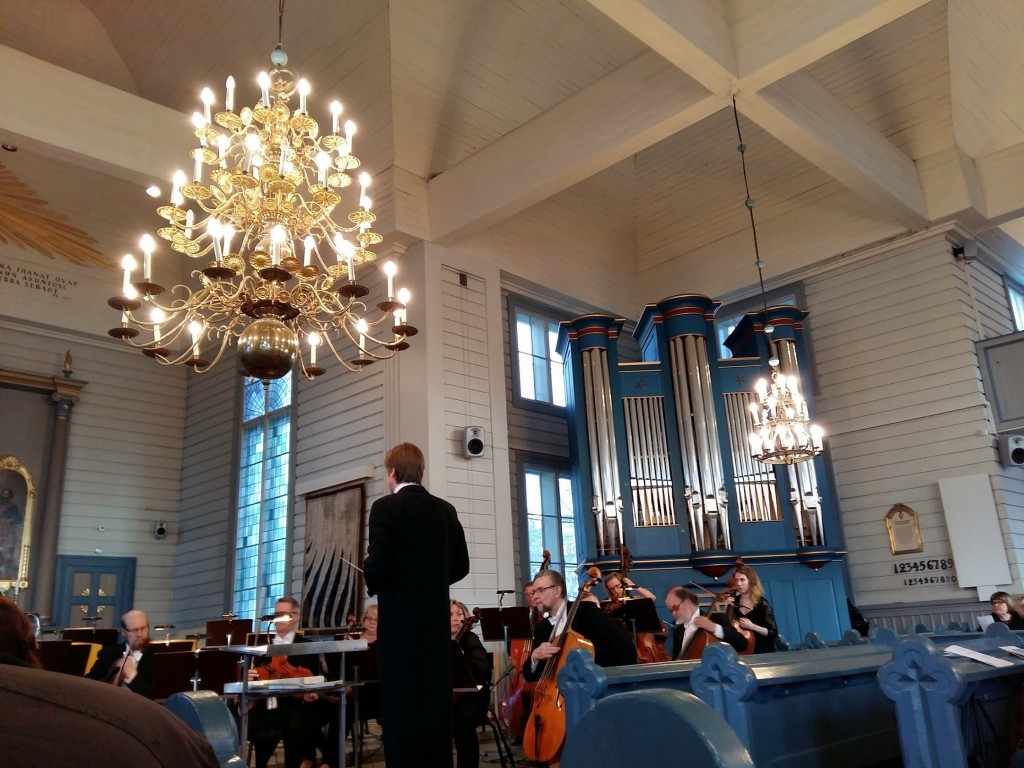 Tickets to concerts with Sasha Mäkilä conducting are usually sold out. It seems that this time it was the case too. The Church was full, and we sat near the orchestra and enjoyed listening to Felix Mendelssohn’s, Joaquin Rodrigo’s and Franz Schubert’s symphonies with a deep stereo-like sound. 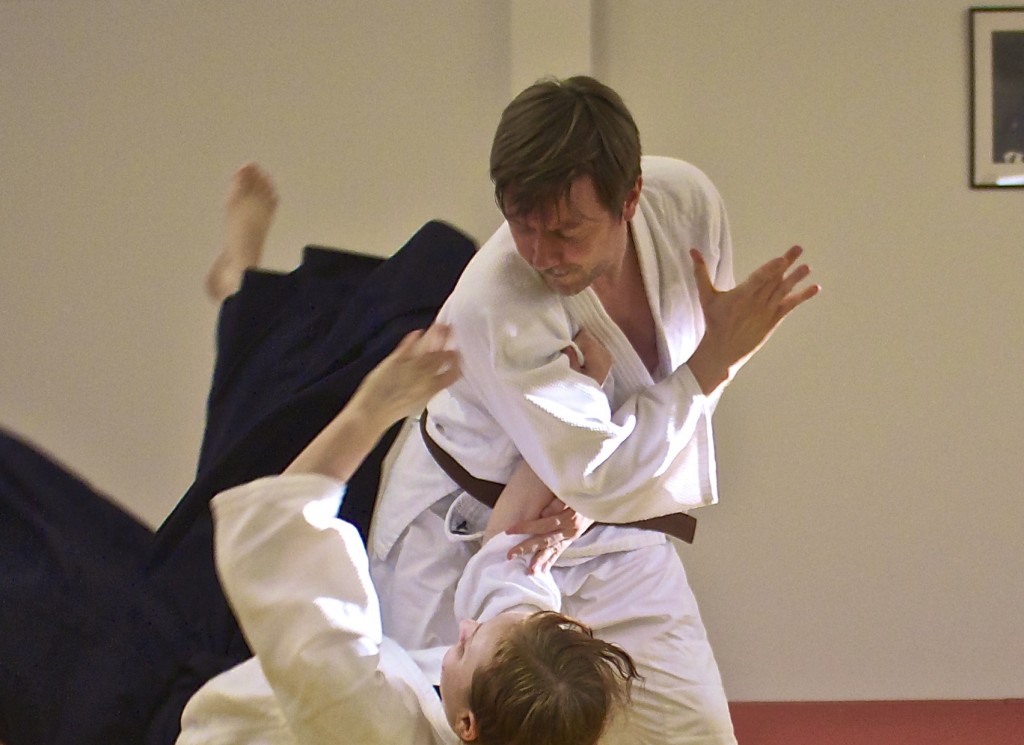 To me the beauty of meeting Sasha Mäkilä and going to his concerts is in getting to know Finnish classical music culture. It is also amazing for me to know that he has been to Kazakhstan when conducting a concert in the city of Karaganda and that he practices aikido. Kazakhstan and Finland, aikido and classical music are parts of my life, so this meeting gave me new impressions and inspirations.