This month we have celebrated two important cultural holidays – Kazakh Nauryz, the beginning of a New Year and Finnish Easter, historically the resurrection of Jesus Christ. Both holidays are important in our family since my husband and I are from different cultures. People in Central Asia’s steppes have celebrated Nauryz since ancient times. The word Nauryz in Kazakh language means March (it’s typical for Kazakhs to give similar names for events and places. For example Astana, the capital of Kazakhstan, is translated from Kazakh as “capital” and all Kazakh names have a direct meaning. My name means “beautiful like the moon”)

Nauryz celebration lasts about a month during which guests are welcome to their friends’, relatives’ and colleagues’ houses to celebrate. People decorate their homes in traditional manner. In Kazakhstan local communities organize games, concerts and social celebrations in the city centers. During this time traditional Kazakh houses, yurts, made of camel wool and wood, are also built at the cities’ squares. 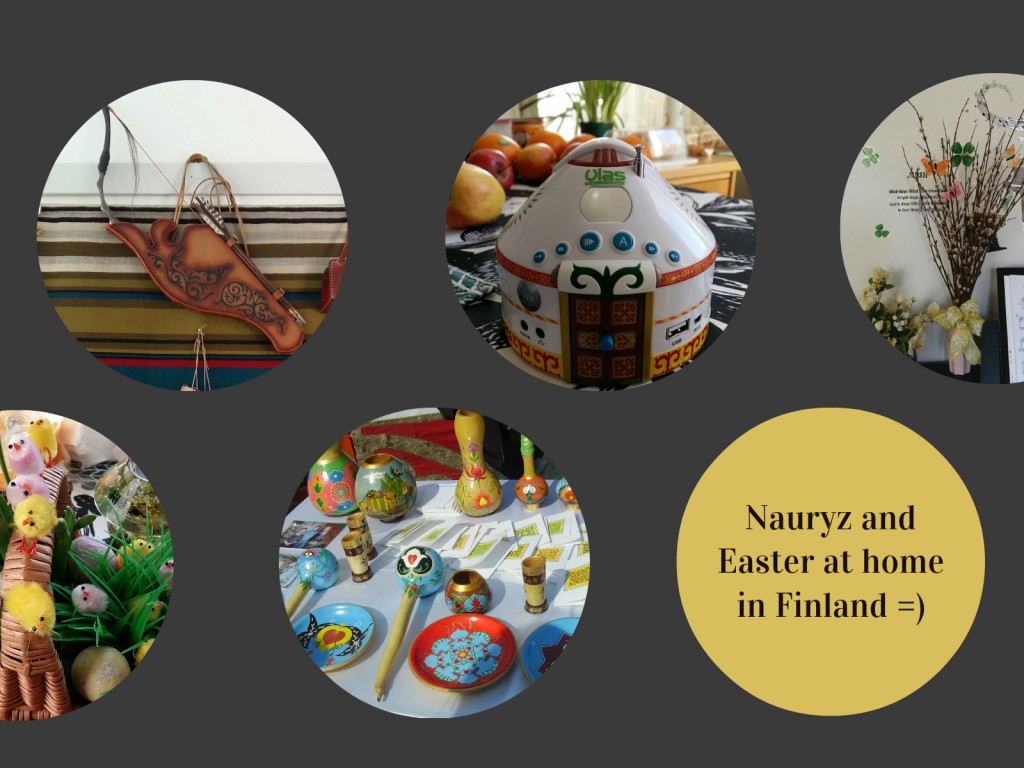 The Nauryz holiday comes from ancient Persia and it’s not connected to religion but to solar calendar and celebration of the spring equinox. In the steppes of Central Asia life was very difficult for nomads because of severe climate conditions. Nauryz was an important holiday, the end of a difficult winter season and the beginning of a new year and new life. Almost at the same time Finnish Easter starts. Although Easter has a different origin it also takes time after the spring equinox. 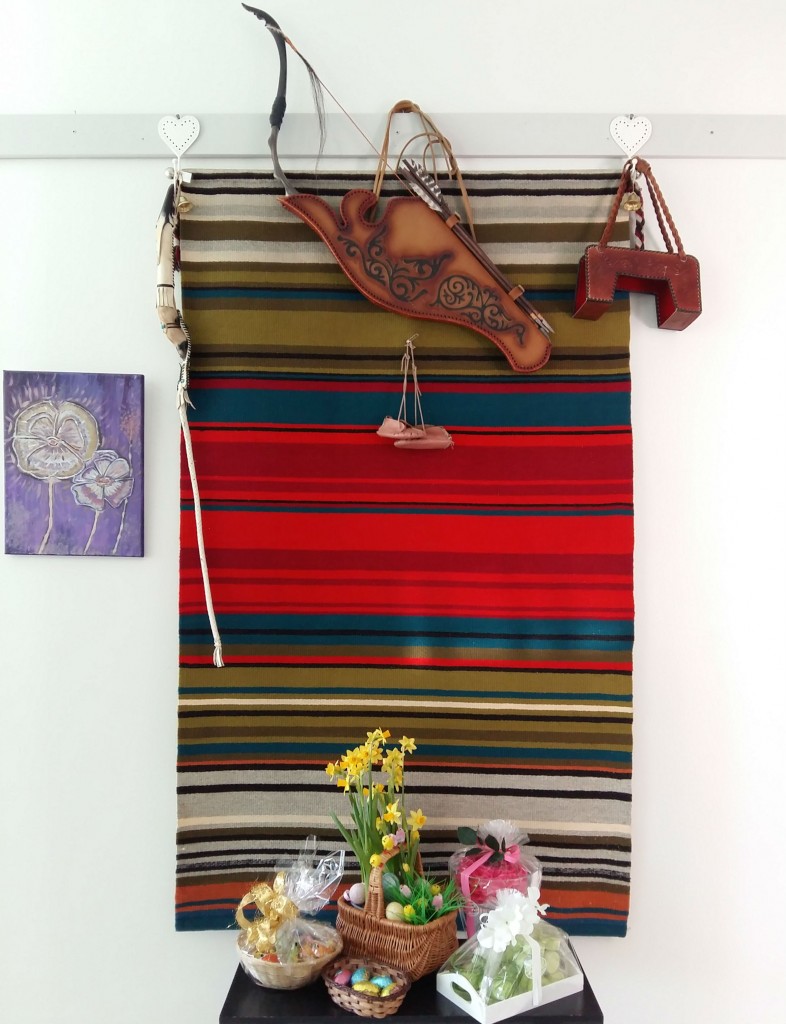 Finnish homes become full with Easter eggs and even chocolate factories produce eggs which look real. Usually one week before Easter children go to their neighbors’ houses, tell poems and get chocolate Easter eggs in return. 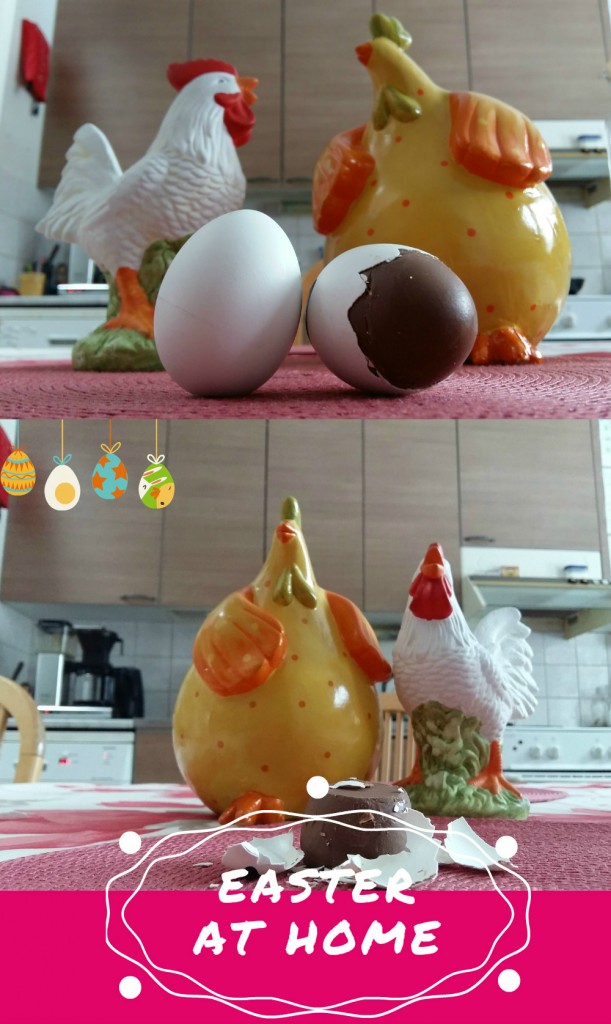 Traditional Easter food in Finland is mämmi, a black rye mass. Many people don’t like it but it is a super healthy food. Recently I’ve got to know that it’s eaten raw. Earlier when my mother and I saw mämmi in a supermarket we thought it’s something like a frozen liquorish. Then we asked about it from a man nearby and he explained that it was an old Finnish Easter food and that he didn’t like it. We decided to try it ourselves and used a recipe on the package to make a mämmi cake. 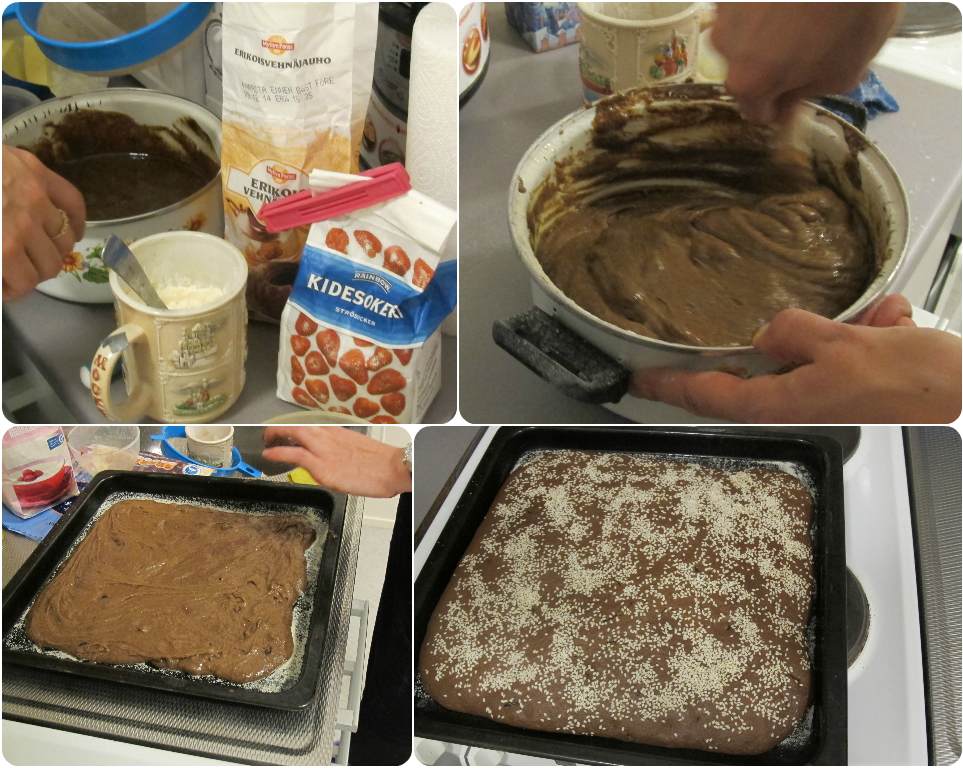 The cake was great! It had really good taste and flavor, it was not too sweet. Since then I have liked mämmi and have bought it many times. Once I also tried to make an ice-cream with mämmi and my guests ate all the portions I made.