Modulation of magnetism in graphene by a gate voltage

Magnetic ordering of dopant spins in Ge and Si

Magnetism in the vicinity of metal-insulator transition

Hydrogen chemistry is not essential for magnetic ordering.
Three factors are critical for induced magnetic ordering in nonmagnetic solids: projectile mass, projectile energy, dose of irradiation. Comparative study of magnetic properties of highly oriented pyrolytic graphite irradiated with different particles suggests that ions (H+, He+, C+) with the energy in the range of hundreds keV yield larger values of induced magnetization compared to the protons with the energy of several MeV. These values increase with ion fluence but abruptly decrease when the concentration of interstitial defects becomes so large that the graphite stacking sequence is collapsed.
Advantages of ion implantation 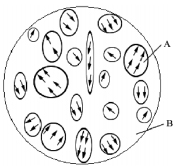 A mature method.
Allows focused ion ”writing”.
Disadvantages of ion implantation
Defect based magnetism.
Decays with time.
Exists as ”magnetic islands” in a nonmagnetic matrix and is not promicing for applications.