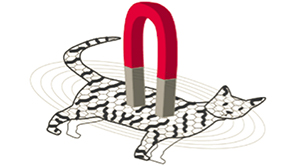 Direct exchange between the compass needles

Power drawn from the magnetosphere is an invisible source that compels the needle on this compass to point North.

Let us now fix this compass in a certain position and use it as a magnet to move other compass needles. An experience tells us that the needles arranhe parallel or antiparallel, depending on relative position. It means that magnetis interactions are directional, in contract to charge interactions.

Two spins, S1 and S2, interact according to the Hamiltonian H = J S1•S2 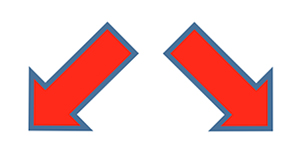 The spins can couple to form an Stot = 0 (singlet state) 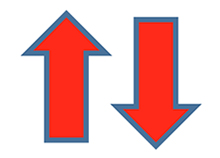 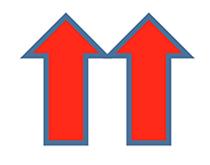 where Stot is the total spin for the system.

The energies of the states depend on their mutual orientation and are calculated by taking an scalar product:

Now we find a relationship between the spins in the excited and ground states.

Interactions of spins on a 2D plane 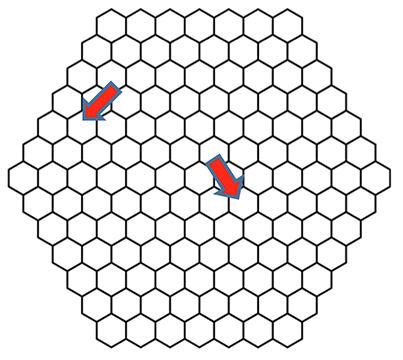 Let us increase the temperature.

Now we have some spins with S=1, and to calculate magnetic suscepribility, we must multiply the previous formula on transiiton probability: 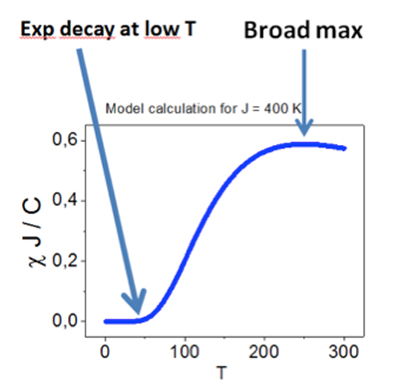 Temperature dependence of magnetic susceptibility is characterized by exponentional decay at low temperatures and a broad maximum.

The exchange integral can be directly calculated from the position of the maximum, and the spin concentration from the height at the maximum.

If the sample contains non-interacting paramagnetic spins, their contribution is 2 orders of magnitude larger than from interacting ones. 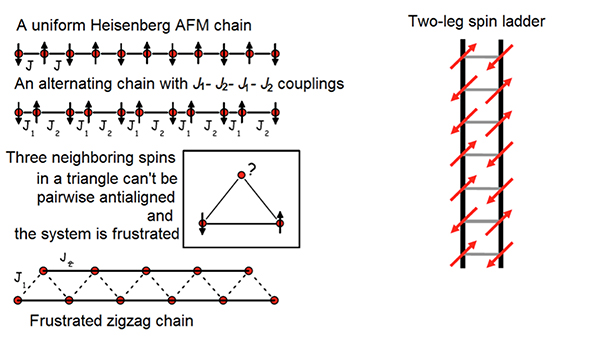 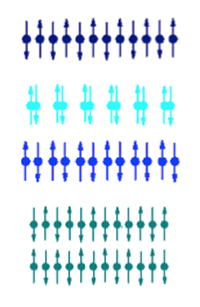 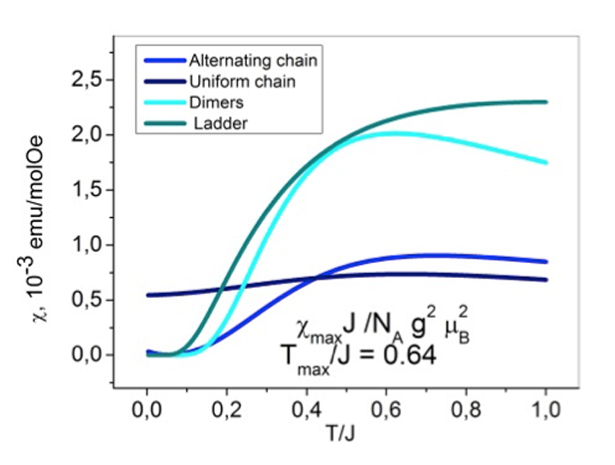 Why do we need spin gapped magnets?

Quantum spin liquids are exotic ground states of frustrated quantum magnets, in which local moments are highly correlated but still fluctuate strongly down to zero temperature.