Happy New Year and the winter holidays: Christmas and Epiphany, and congratulations with the beginning of new spring semester! Hope, this semester is going to be interesting, productive, and useful for every one of us. For me, it was first time my family spent New Year in the open air (traditionally in CIS countries it’s celebrated at home). But it was worth for going out and watch the fireworks in the city center on the lakeside. 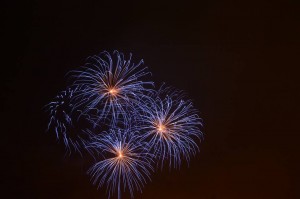 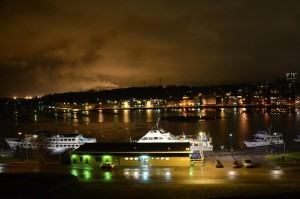 The very beginning and my first impression of Finland and Lappeenranta

I came to Lappeenranta last September and yet didn’t know what to expect from Finland, from university itself and from the life and studies here.  The first impression I had when entered to city was the sense of peaceful and quite place where the life goes different from the life I used to live before. It was much slower like I just had entered to holiday house – nowhere to go, nothing to do just relax and enjoy the nature.  And the nature here is wonderful.

Finland met me with the shining weather in mid-September. I had to arrive lately because of visa’s delay and I missed the introduction week but since the university stuff was informed I was ok about the beginning although it was inconvenient to overtake missing things and get to know students when they already knew each other. So next time I go anywhere and I will try to do everything to get to introduction.

In the first day I came to Lappeenranta the lake nearby reflected the sunshine, the treetops were waving smoothly from breeze. “Like a heaven” – I’ve got an idea about this place. But I even thought I would suffer from being bored walking on the street and see no one, hanging around university and watch not much of emotions, just calm, smiling and peaceful faces. The lake is called Saimaa and it’s the one of the biggest lakes in Europe, and the main entrance of university is directly located in front of the wide space of Saimaa’s waters. 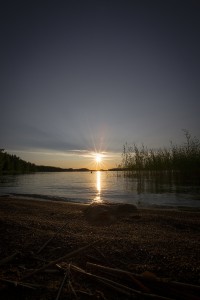 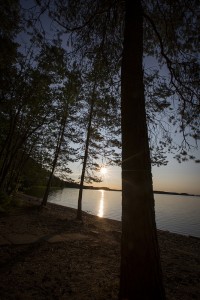 The atmosphere here is unlike Russia where I spent my previous, first year of Master’s study. Unlike Saint-Petersburg where there are lots of “speeded-up” people running in a hurry on the streets, suffering from traffic jam in huge cars, having emotional conversations on phone, jostling in underground and perturb the queue anywhere. Time really matters and it really takes time to adapt to another rhythm of life. 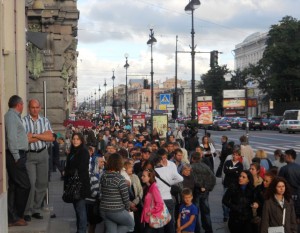 The city of Saint Petersburg, Nevski Avenue (photo is by author).

The main thing I noticed from the very first minute when I found myself at the right place for taking keys from my apartment (and that was student housing office) was that people are helpful here. Finnish people and foreigners – all of them are ready to give you hand when you need it. Maybe it’s also because I didn’t expect it and some other things I’ve heard that foreigners in Finland might be unwelcome. But there were several times afterwards when I’ve seen kindness shown towards myself. I think it depends on the person and situation.

I met my coordinator Essi Reponen who was so kind to bring me to my student apartment and she helped with luggage (which is the most problematic thing when you go abroad for long time!), showed me the university inside and gave the student’s welcome package. There were guides for beginners how to survive in Lappeenranta, nice attributes and souvenirs from LUT and a bag that I found useful for taking books from library. 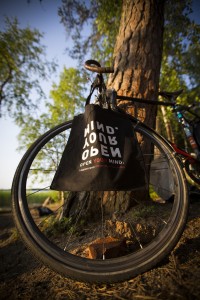 LUT’s bag at most common transport – bycicle (photo by LUT).

Facts about living in Lappeenranta

Student housing office LOAS is located in an inconvenient place – far from the university and student houses and not that close from the city center too. I find it inconvenient because I had to go there with luggage first to take keys for apartment and still have to go to give keys back on the day of leaving apartment.

Local buses are here have amazingly high price for ticket. One way trip costs 3,6 euro and should be paid every time entering the bus. Existing bus passes also give not best price options comparing to European transportation companies in other countries. And sometimes buses arrive 5-10 minutes later than it’s stated in the timetable (only in Finnish).

Prices for food are very high (especially bread) but Finnish salaries allow purchasing goods without looking at the price. However for many students prices are expensive.

Most of students drive bikes and many students have simple cars. Also people are walking to university.

In general, the university campus is located 6 km away from the center and looks like a resort which is nice.

I found a very useful and helpful map with many important places.