One of the Finnish natural beauties is Aurora Borealis or the Northern lights. Throughout the winter you can observe them in Lapland, behind the Arctic circle and rarely in Southern parts of Finland like South Carelia and Lappeenranta.It’s so amazing that last year we were lucky to see the Aurora Borealis so close to our house! I’m just speechless about the beauty of the night sky. 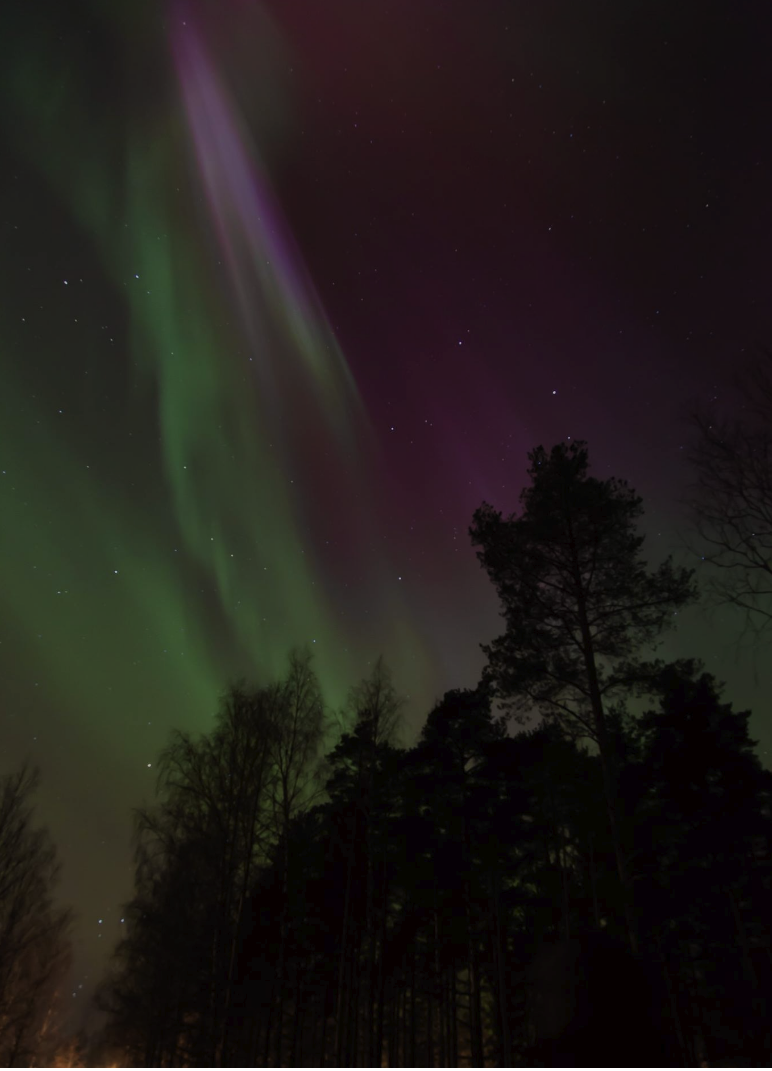 In previous years of my life in Finland I felt like I was at another planet because I saw natural phenomenon that I had never seen before. For instance, this sun eclipse right at my balcony:

Surprisingly, this is connected with the March equinox and the Solar New Year (or Persian New Year). In our country it’s called Nauryz, in Iran it is Nowrooz. Basically, it’s the same celebration. This March the Persian New Year is on March, 21st.

Here is a halo phenomena. It exists in Northern countries and happens in winter time. I observed it when driving a car. All of a sudden I saw three suns in the sky – one was in the center, and two on both sides of the sun created a round rainbow. 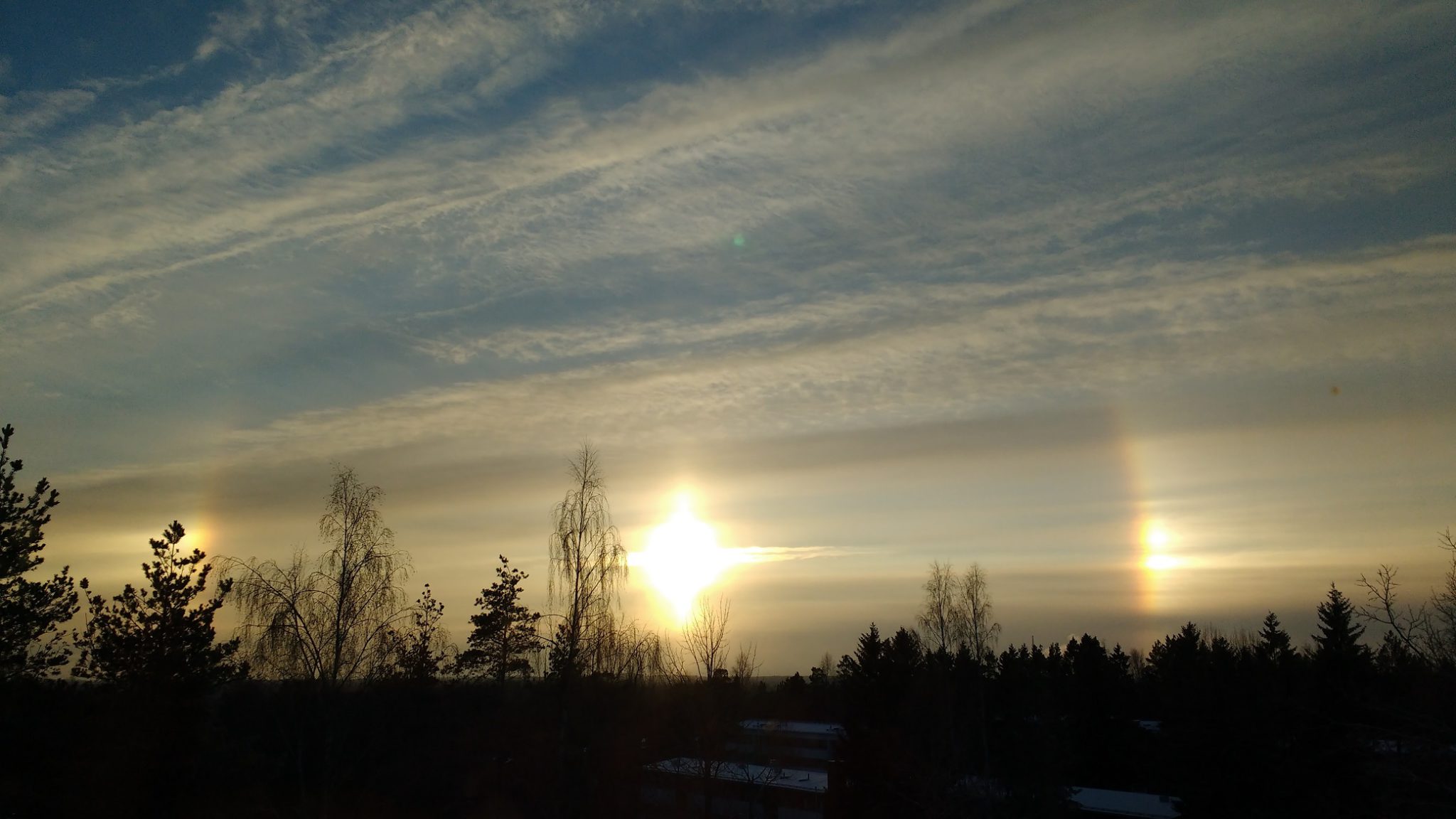 Last autumn the world observed a phenomenon called supermoon. If I had an opportunity to see it! It was here in Finland as huge as on this photo (from this post of Yle). When it was time to see the supermoon it was very cloudy in Lappeenranta. 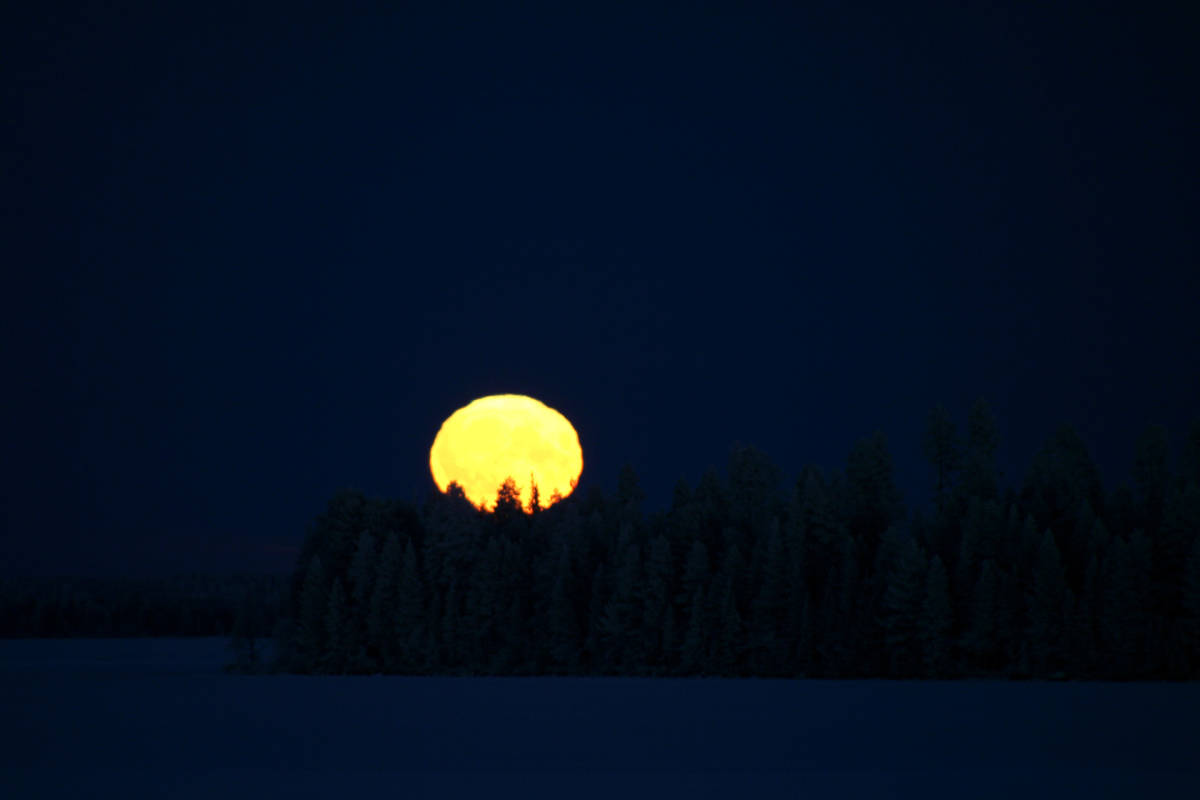