The Nose Day or Nenäpäivä is a global charity event which raises funds to help people in developing countries, especially children in difficult conditions. In Finland it has been organized since 2007.

You just come to the event and buy a red nose (it costs maybe 2 euros), put it on and enjoy the program, for example open air activities, games and shows. 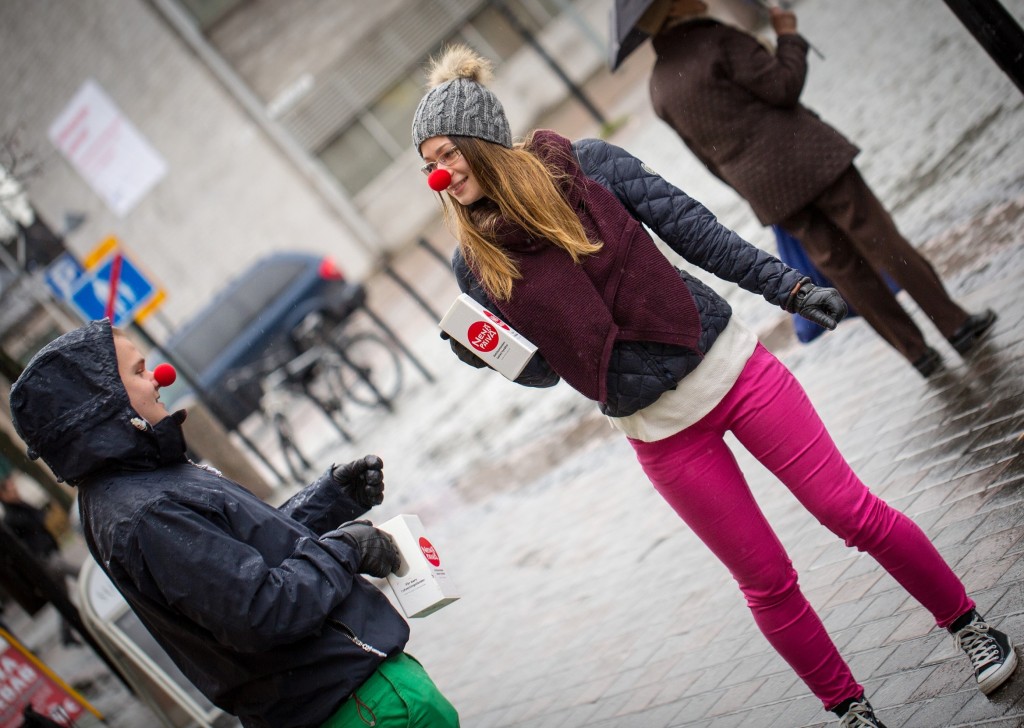 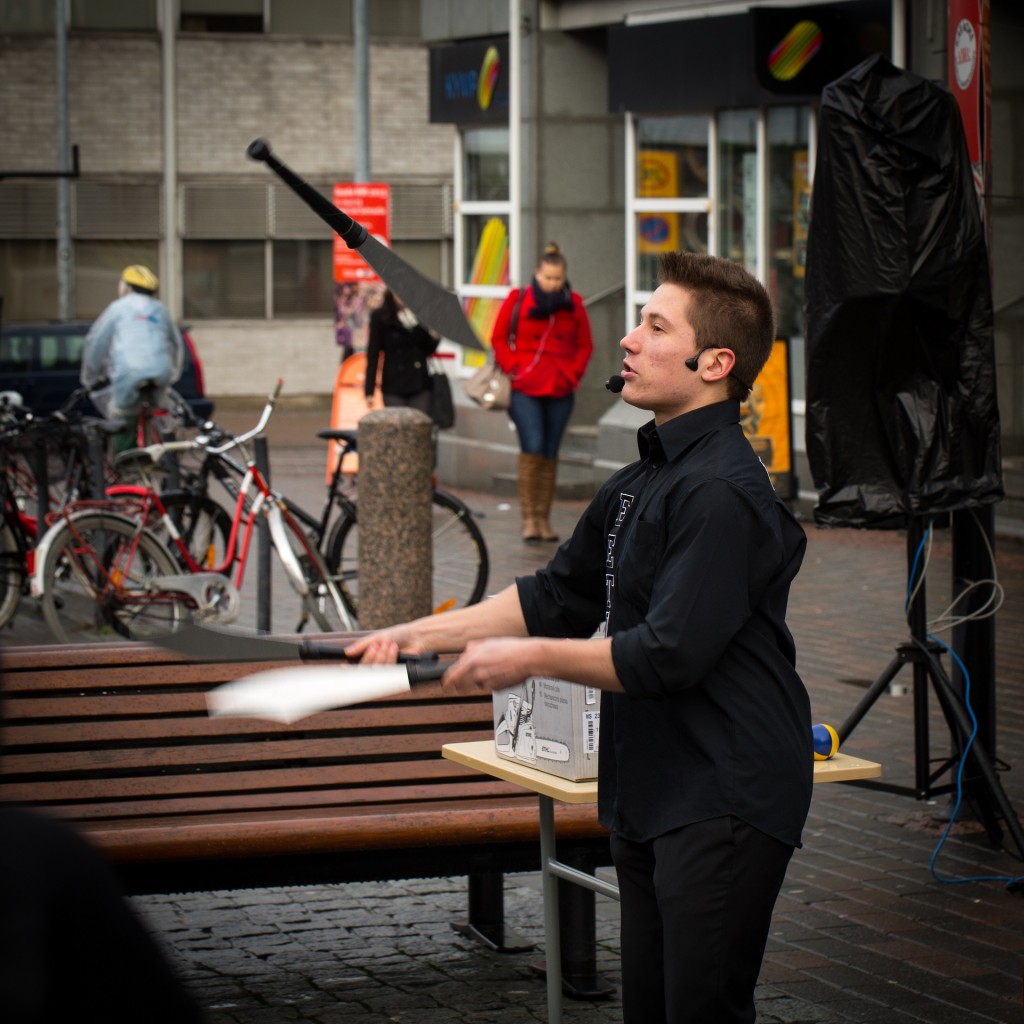 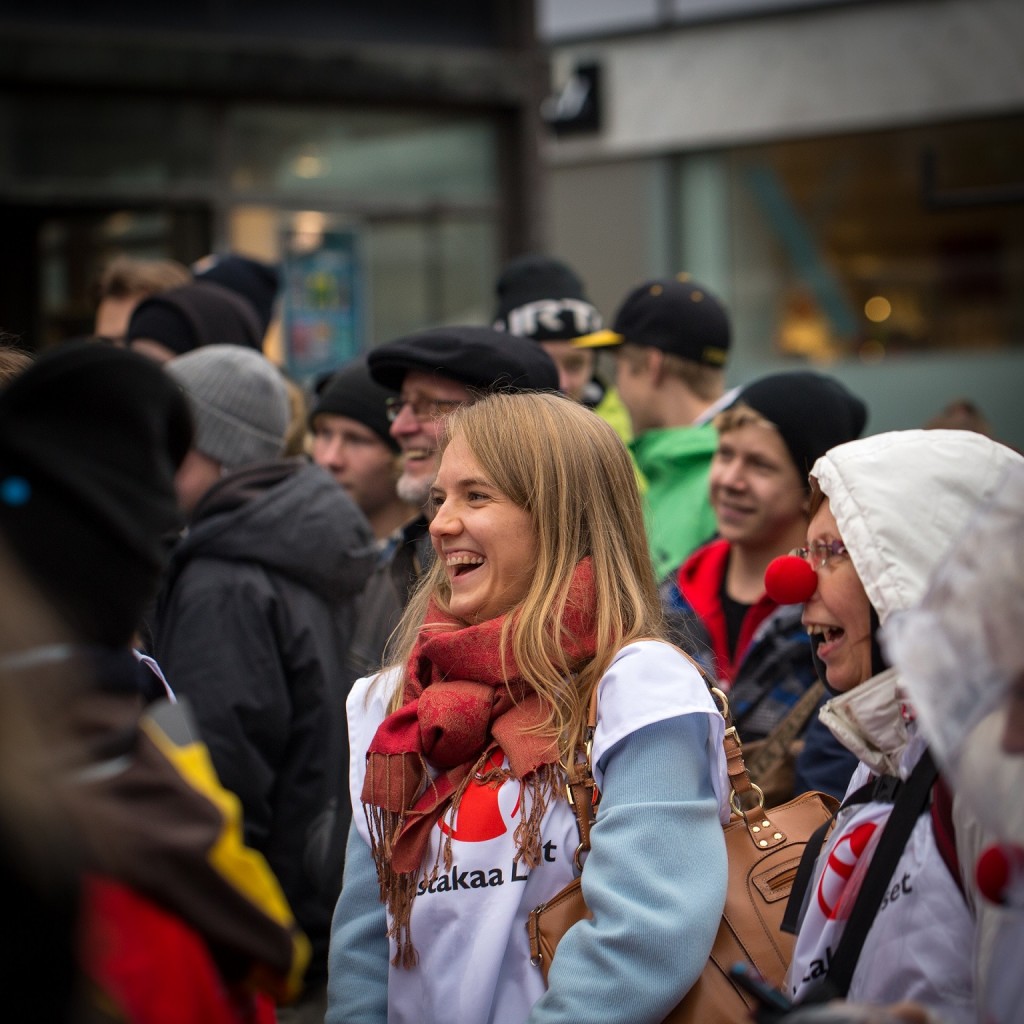 We would like to have more and more Finnish Universities also involved in Nenäpäivä. Our experience is, that students are innovative and they have great ideas to share and implement for a good cause!

Significant results of Nenäpäivä activities in 2014: 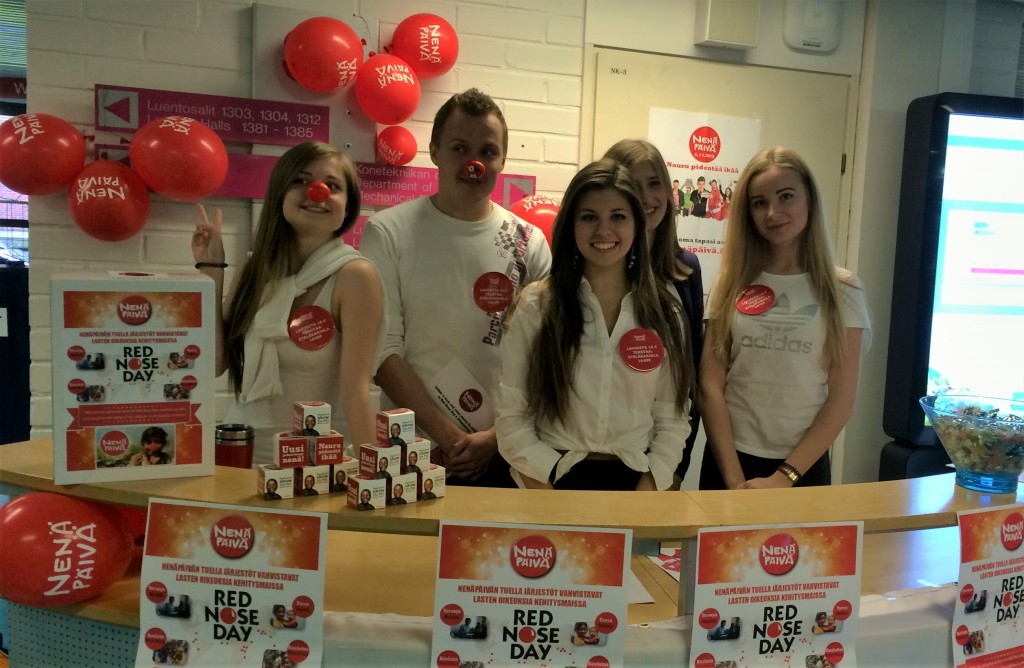 Students of Saimaa University of Applied Sciences and ESN Lappeenranta held the event as part of the ESN SocialErasmus project:

Our main goal this year was to collect money to help girls in developing countries who cannot have an education just because they are girls.

We hope that next year more people will get involved because with their little money some children can get something really important, which is actually normal for us but impossible for them to have.

Check how a Finnish singer Arja Koriseva plays with her name in this video: She is a happy cleaner in a supermarket who dances with a brush and sings “harja” which means in Finnish “brush” while customers and salesmen are singing “Arja”. It the end a Finnish woman comes and asks from a sales person if they have eggs for sale.

Have you ever participated in the Nose Day? Or would you like to participate? 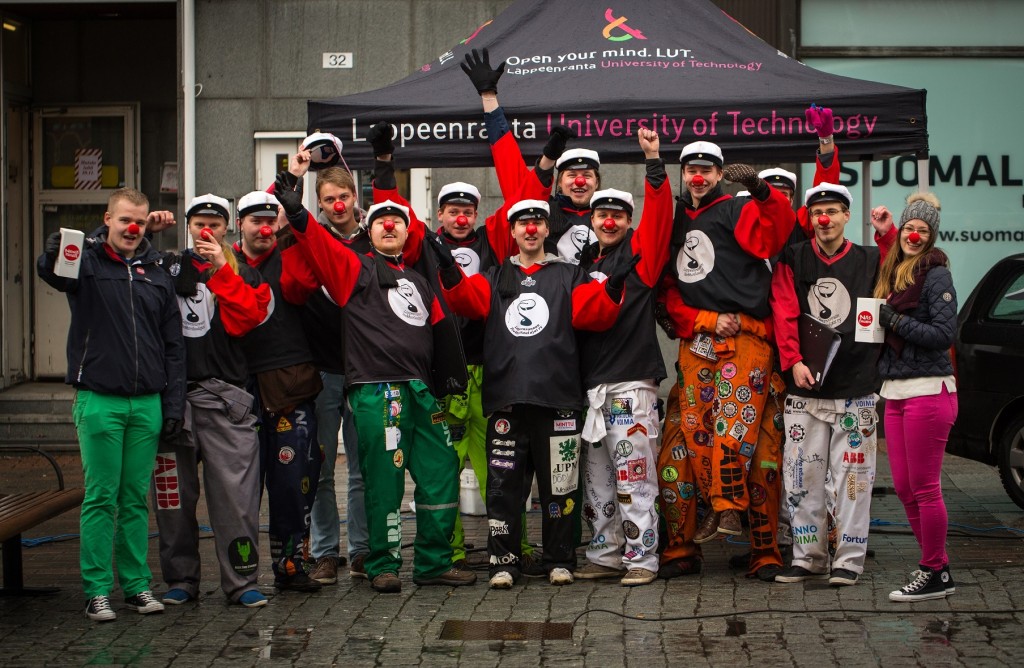