Aisulu Harjula 10.9.2016 Culture, Events No Comments on Night festivals in the campus

Every autumn there are number of events and festivals dedicated to the beginning of a new academic year. This is the Saimaa sunset festival from last year: live music, live bands, night show and after-party in the student union building. Every year there is something new and the year has just started. This time the beginning takes place for the first time in September, in previous years all the activities were in late August. Anyway, we expect a lot of fun! 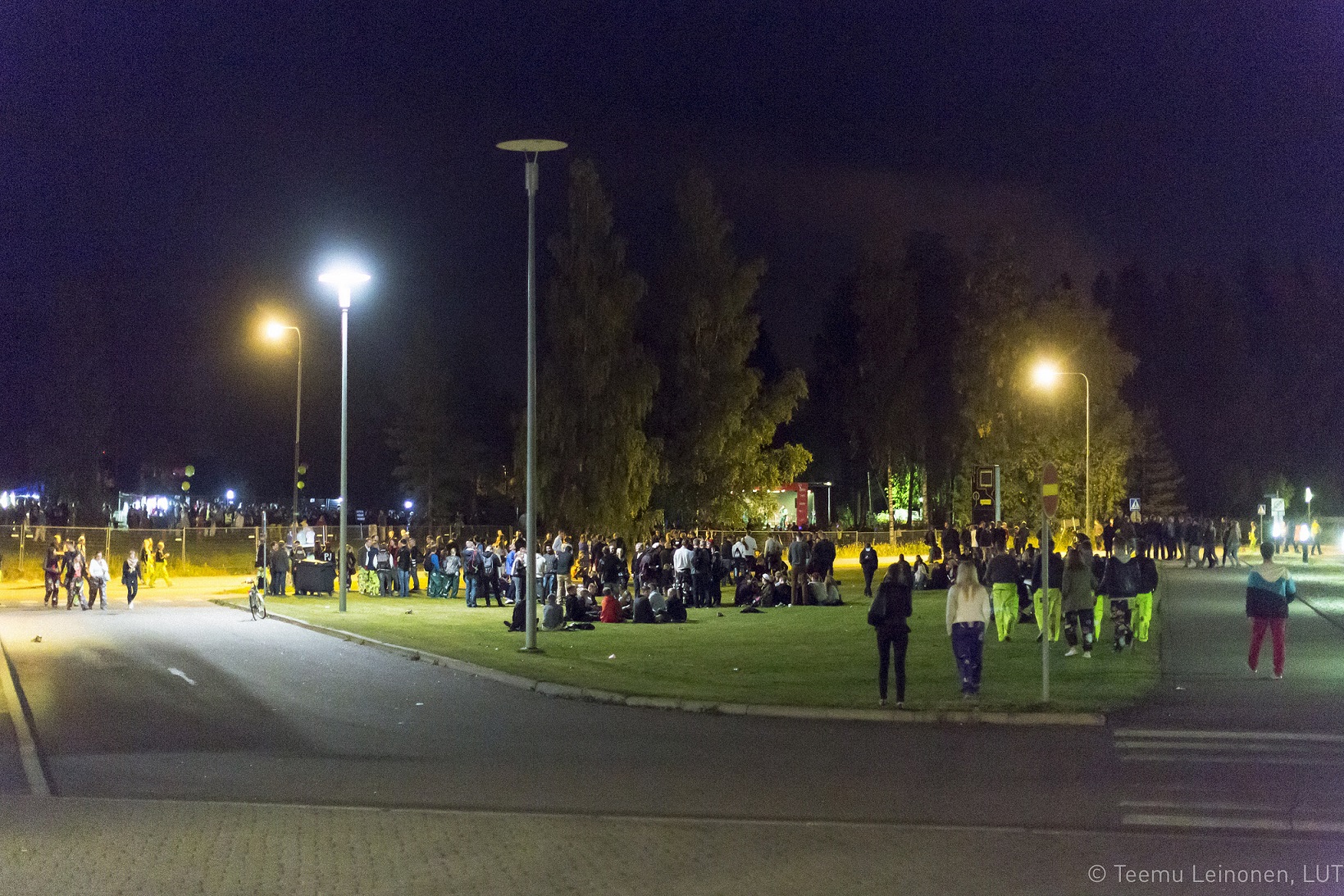 The student campus and the area in front of the university changes its appearance in the night. 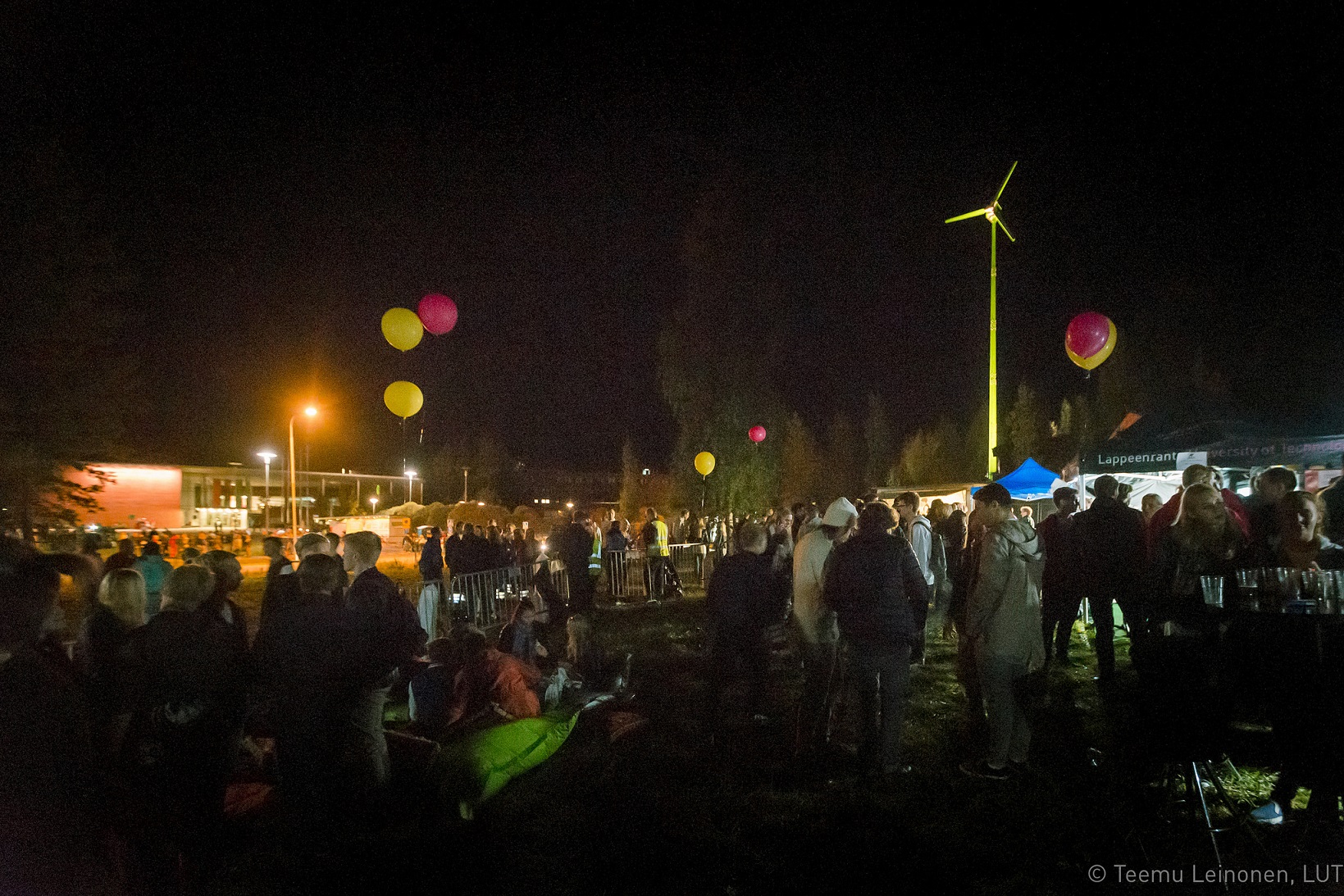 This year it is going to be something similar, because the start of an academic year requires a lot of energy. Where to take it from? Of course from a big music festival! 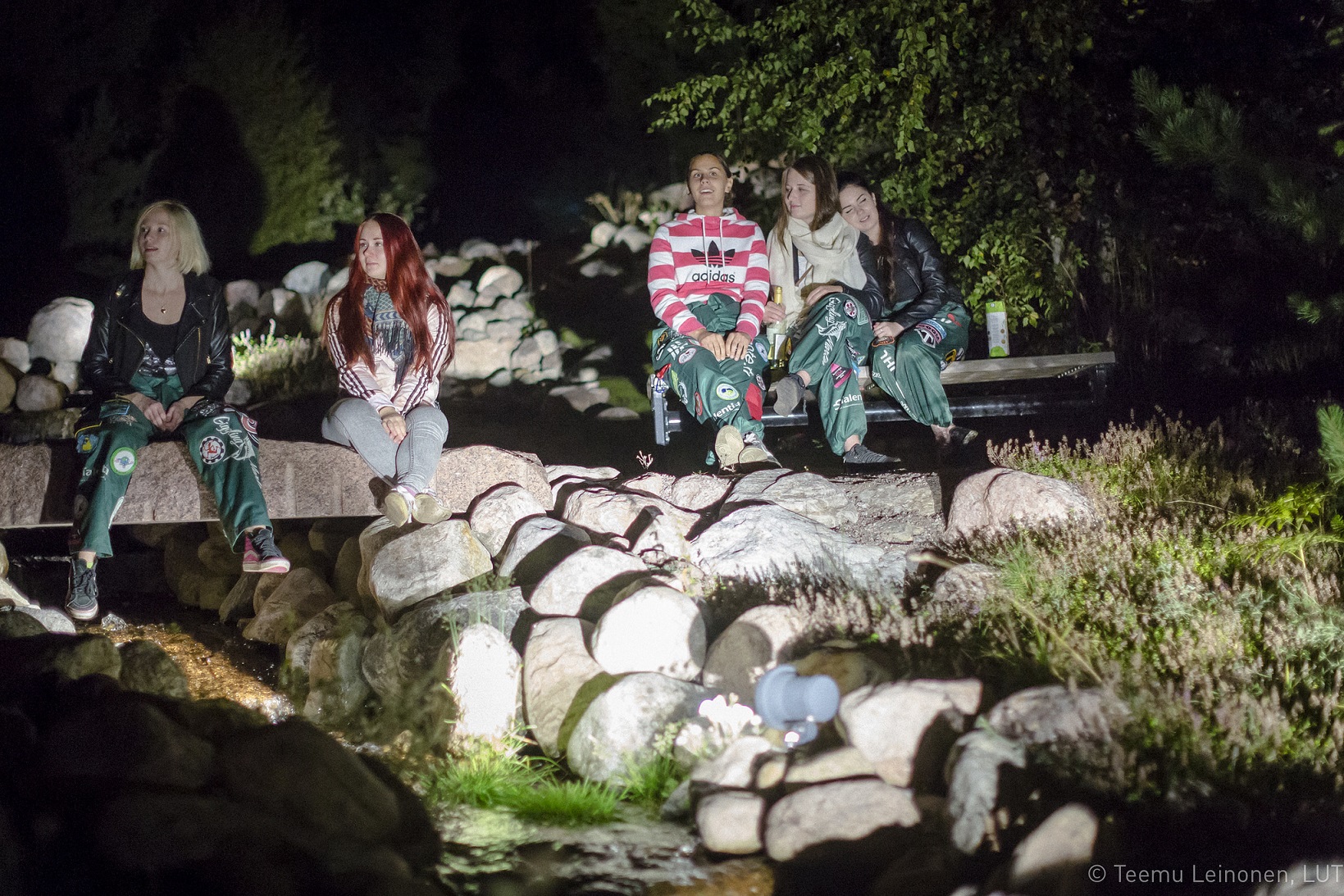 In the Schwabisch hall – a little park with a fountain on the hill with a wind mill. It is the main point of starting the celebration and as it is situated a bit up on the hill there is a great view on the university campus and the stage. 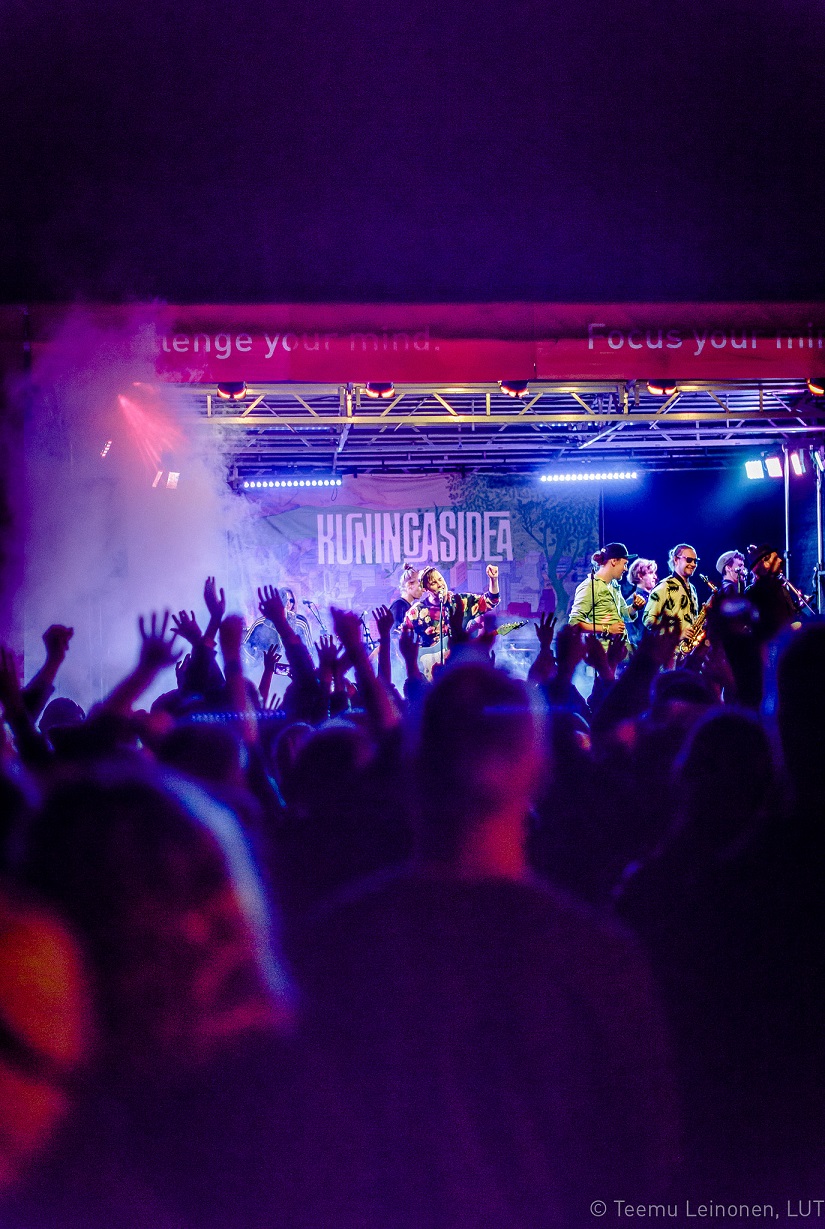 Live music gathers everyone together. Kuningasidea is a popular Finnish band from Helsinki that performs in the genre of rap and reggae. Besides that there were other popular Finnish artists. 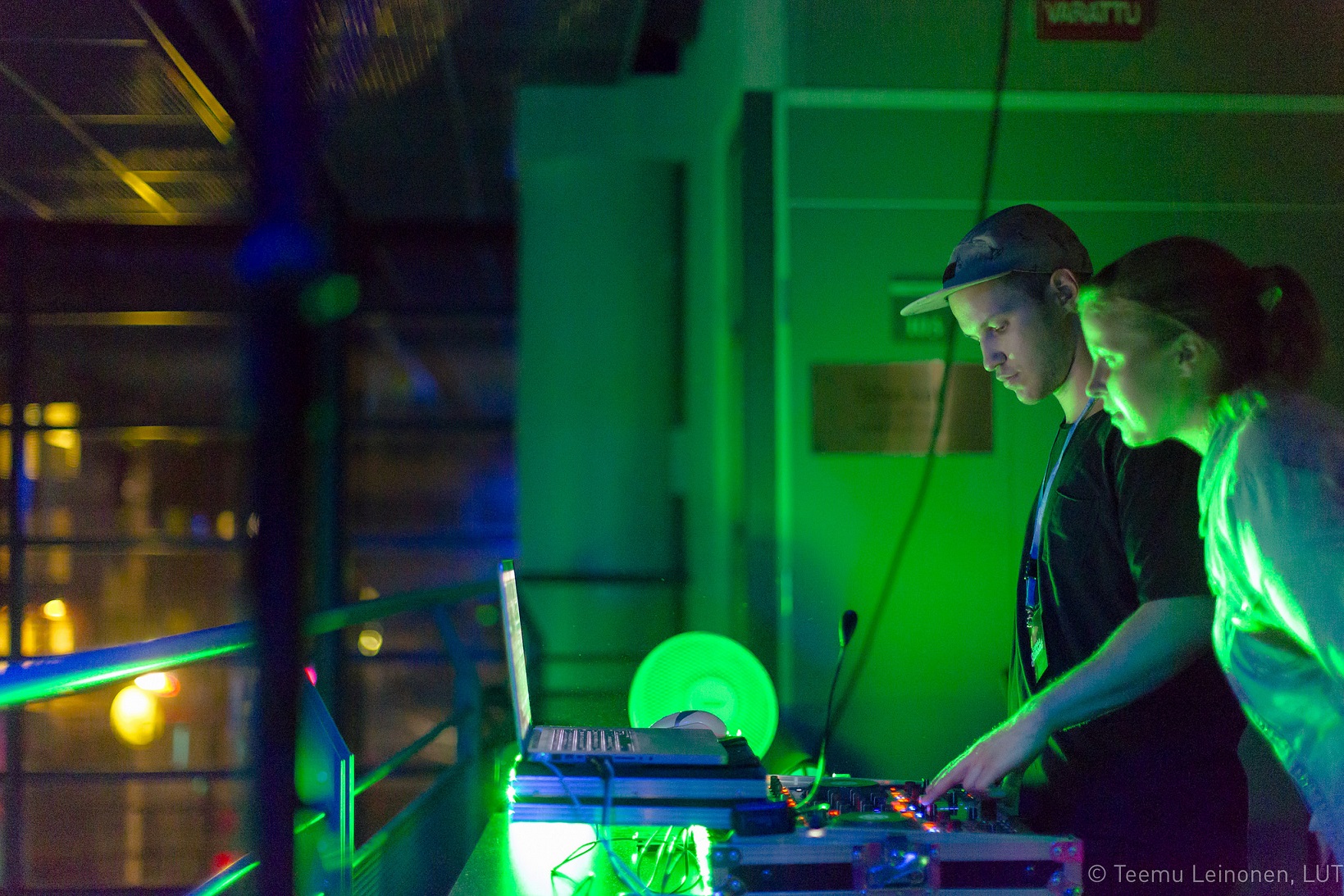 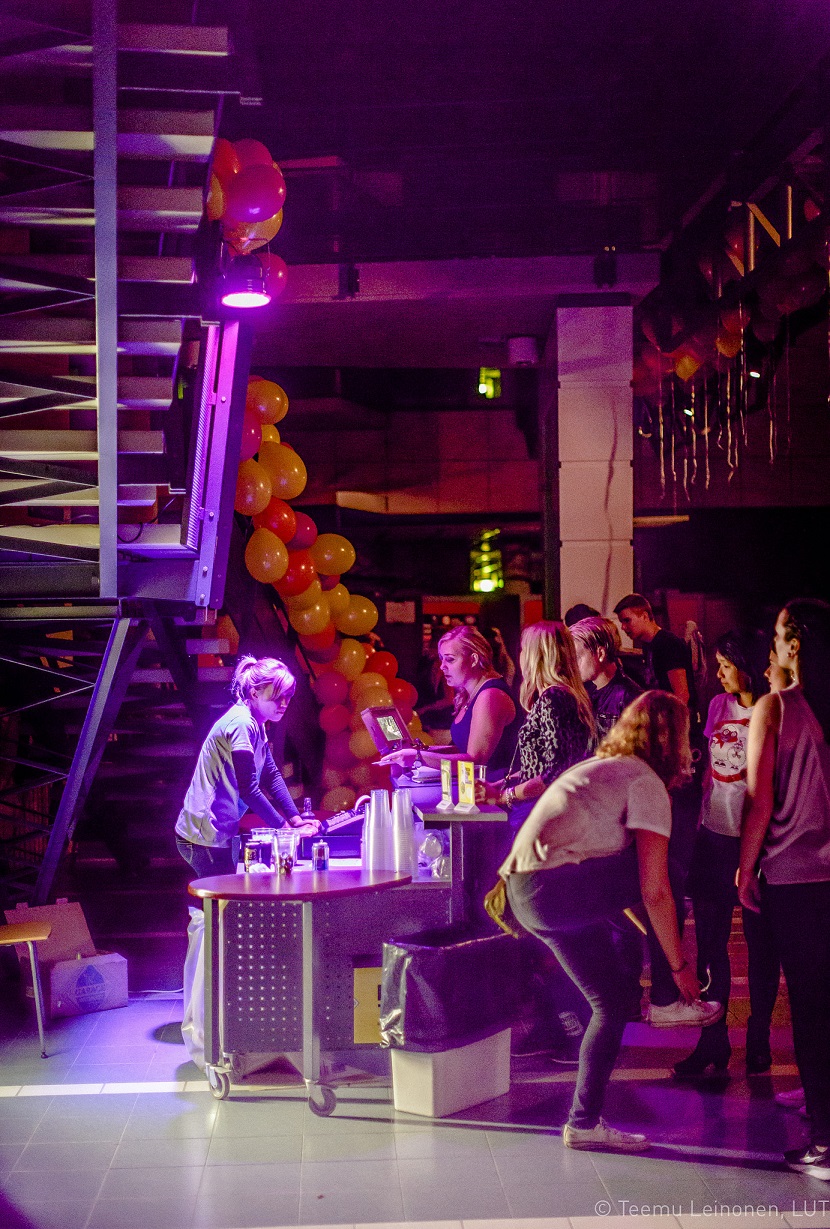 The hall that is usually empty and the presentation table that looks quite official during the day becomes a place to sell some beer at night. 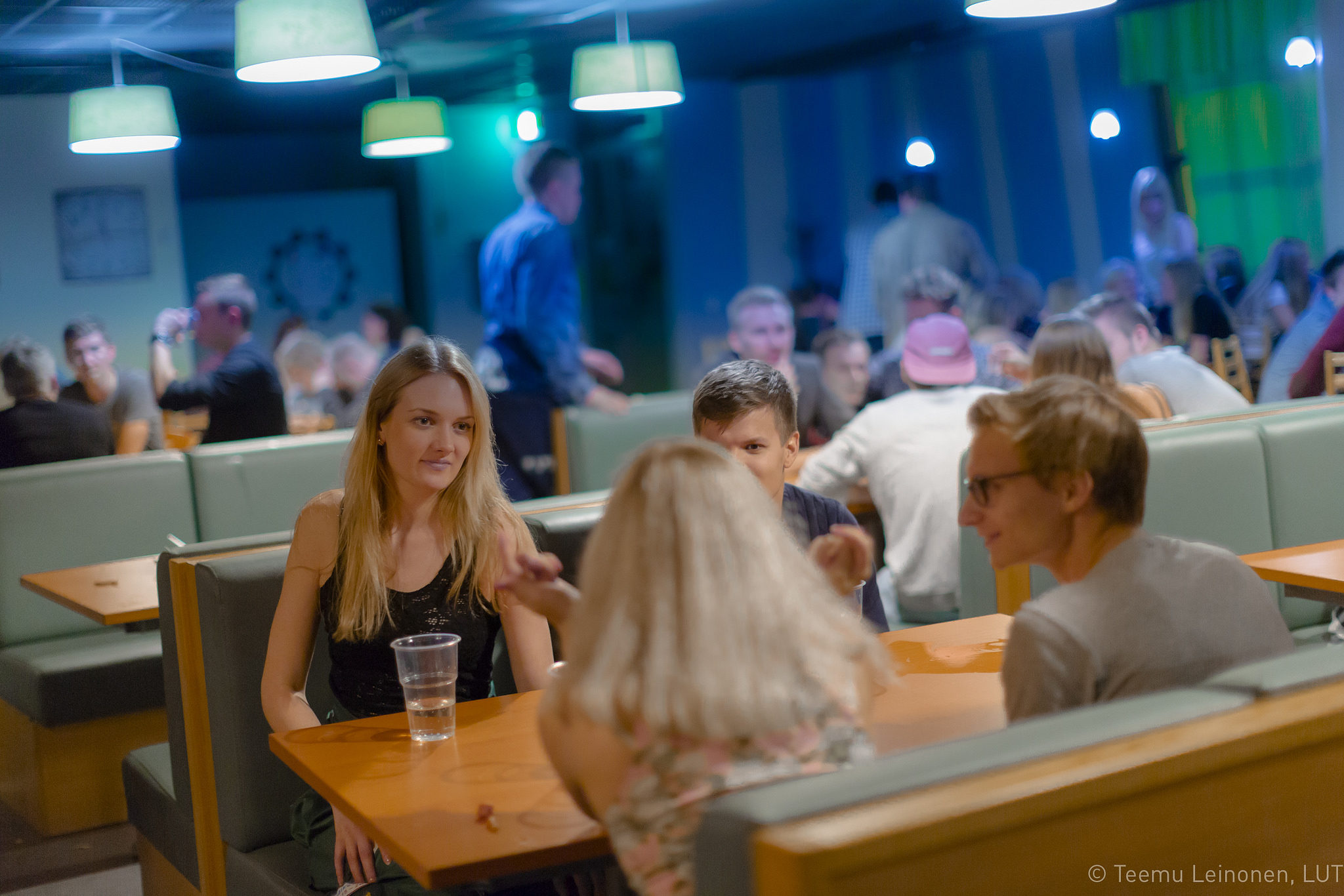 And the student canteen becomes a kind of a bar and a place to rest and chat. 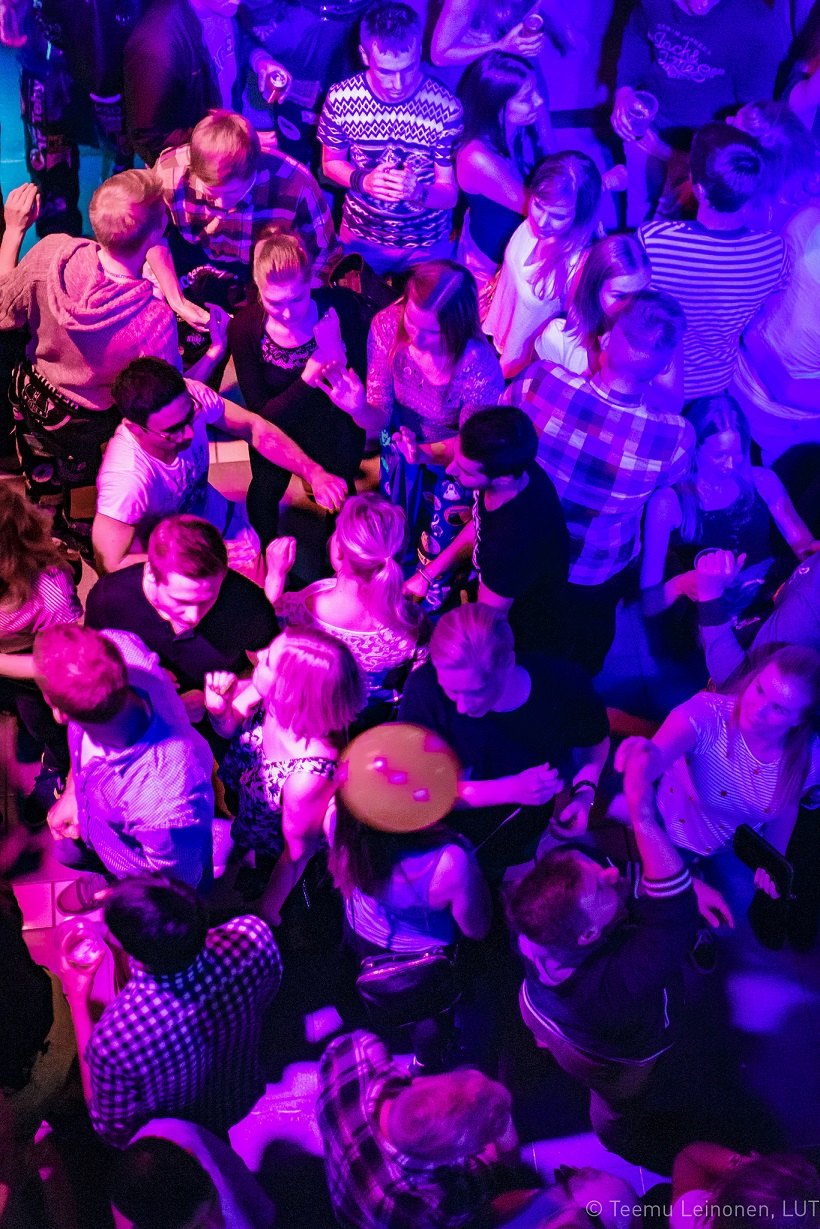 And the hall itself is a dance-floor for everyone.