Aisulu Harjula 28.4.2014 Uncategorized No Comments on International spring events and the longest Wappu 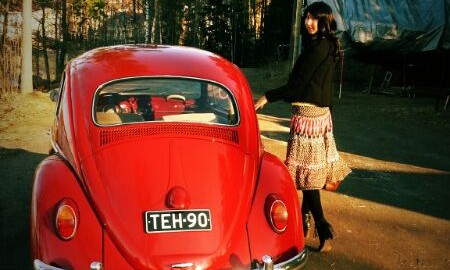 Now it’s the time of many currently ongoing funny events because of the May Day. As we all know, it’s the international Worker’s Day but the Wappu May Day is also an ancient spring festival in Northern countries, and this year the celebration lasts for about two and half weeks.

It’s the end of April and spring has finally come 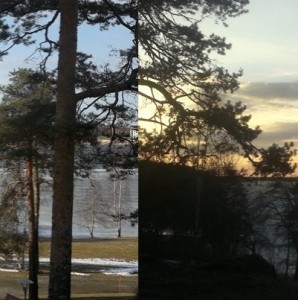 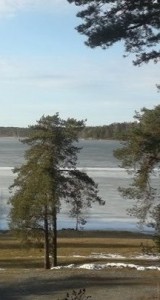 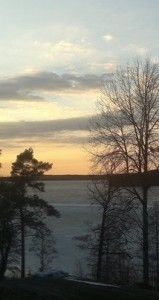 The weather is beautiful; the sun shines as never before: such a huge contrast between spring and autumn! These are some pictures of the peaceful Saimaa Lake, which is one the biggest freshwater lakes in Europe, taken right during this spring. We study hard but also walk a lot and enjoy the life whiles making lots and lots of friends. 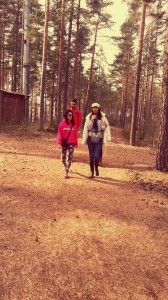 However, freedom comes with a big responsibility. My friends and I have noticed that in Finland time races faster than ever. It only seems that you have plenty of time, and the studies are not demanding. Indeed, nobody pushes you and asks you to do something because it’s your own responsibility to do it or drop it. Interestingly enough, it’s rather difficult to control your time when you are given that much freedom which can be a big challenge. 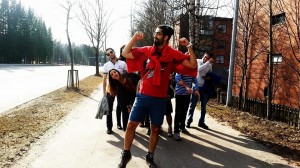 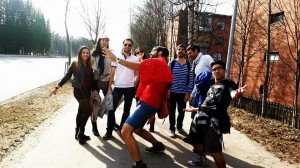 Nevertheless, student life is not only about studies but it’s also not all about parties! There are many talented students who spend their time wisely and still keep own study-life in a balance. For example, these guys above, Hadi and Hameed from Iran, have had sessions on the Finnish radio station Norppa, and José from Spain always organizes hikes to see the Northern lights which for some reason has never worked. =) But then they still keep up with studies.

Students participate in many international events. For instance, in March we celebrated Now-Rooz, the traditional Iranian New Year. We danced, played games, listened to stories, found our names written in Persian and we even used a Persian poetry book for predictions of future and guidance in life. 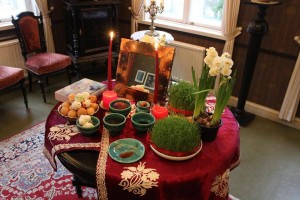 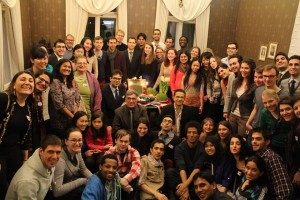 “Actually one of the Iranian students came up with this idea to create a big event. So everyone had shared things and responsibilities: I had prepared some of the slide shows with Iran’s photos and their descriptions, and also our traditional cuisine,” says Sepideh Ahmadi, one of the organizers.

Emmi Linnavuori is one of the students who has experienced in broadcasting on the Norppa radio together with Hameed during the longest Wappu celebration says,

“The radioshow was called “International show” and I think it was a great example of how all students work together. In the studio we were all from different backgrounds: an international student was Hameed, a national one was me, there were also a boy and a girl, and a freshman with a master student. The difference is a beauty!” She laughs, “After one hour Hameed begun pulling tricks on me: for example, he didn’t turn my microphone off when songs were being played, so people had heard I’d been singing them!! Anyway, this radio show was really fun experience, we didn’t have any topic or manuscript, we’d been just telling stories about the songs. Thanks to all people who had listened to us and those who wanted to listen!” 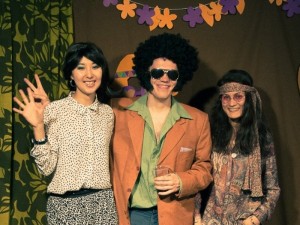 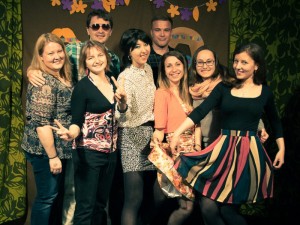 Finnish parties say a lot about Finland and its tastes. Finn Hits is a party where you feel like you’re being back to the 70s. Surprisingly, everyone enjoys it and follows the dress code. The events are ongoing, and it’s simply cool to attend them and learn how to keep own study-life in balance!