There are many chances to go for exchange or to be enrolled in a double degree program in Finland. I’m a double degree student. My primary school is located in Saint Petersburg and I’d like to describe some experience in this blogpost.

I’ve got a place outside the city 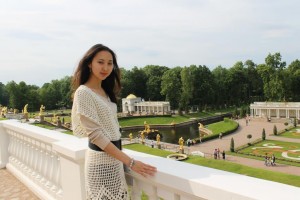 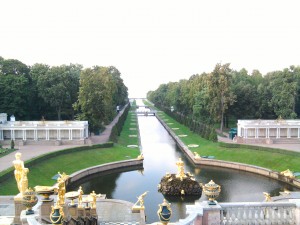 As  a student of Graduate School Of Management in Saint Petersburg I was accommodated in the town of Peterhof , which is two hours drive from the city center. I spent five hours per day to reach the school, but living in suburb had also its advantages: the Peterhof fountains and the palace complex, where I could spend free time with friends.

The city of Saint Petersburg and its connection to Finland 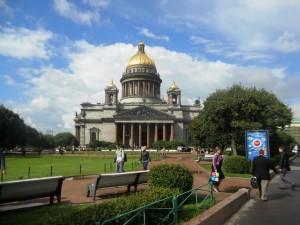 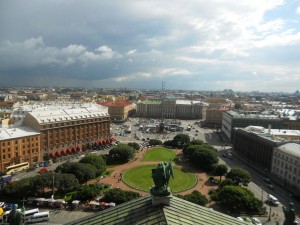 The St. Isaac’s Cathedral and a nice view from its colonnade. Saint Petersburg is one of the nearest to Finnish border megalopolises, and it has a long history of relationships with Finland including trade. The majority of the European Schengen visas are issued by Finnish consulate there.

My Finnish classmate Joona Kotilainen, a talented photographer, has experienced in studying in Saint Petersburg and created a photo project called 120 days in Russia. 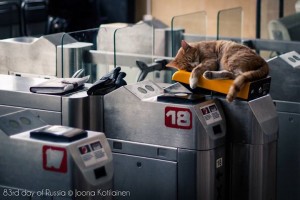 Joona, “The most stressful thing for foreign students in Russia is the visa policy. Study visas can be issued initially only for a three month period with a single entry. The multiple visas are given in Russia, and it follows with a round of bureaucratic issues and waiting for 4-8 weeks for the news from the visa office.” To Russia, visa applications are accepted electronically here and there is also a list of countries which have visa free regime. 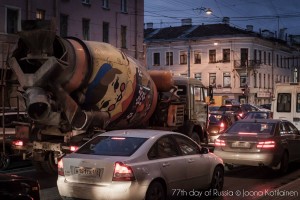 Another friend of mine, Zoltán Petró, an exchange student from Hungary in Finland has visited the city with the ESN (Exchange Student Network). “We were out of the nightclub in the city center and couldn’t find an official taxi around. But then some guys came to us to offer a drive and we bargained for the price. We ended up riding inside an old wreck high-speed Russian car (can you believe it?) watching the city lights around. It was shocking and awesome at the same time.”

How to reach the city 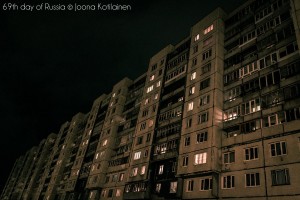 Saint Petersburg is a city of contrasts. Every part of the city is unlike other. The easiest way to reach it is to take a train or a regular bus (this particular bus line operates from Lappeenranta and Juväskylä). But maybe the best way is to make trip with a student organization like ESN and make friends with students from Saint Petersburg. There are many of them in Finland, and they can be happy to become friends 🙂

Couple of words from myself

It’s tough to have such experience of being a double degree international student far from home in both countries. I faced with many different challenges. On the other hand, it’s a fascinating opportunity to see the world, to learn good things and to get many friends. Now my Saint Petersburg school has launched a video competition among students to show the insights of studying, while I’m going to catch the video about studying in Finland and publish it here. 🙂