Germany became the winner in the World Cup

It takes one day to reach Brazil from Germany but it was a twelve years trip from the German defeat to the win in the World Cup Brazil. Finally I can paste photos with the German coach Jürgen Klinsmann (1), the Golden Ball goalkeeper Oliver Kahn (3) and Angela Merkel (4) from the Madame Tussauds museum in Berlin. 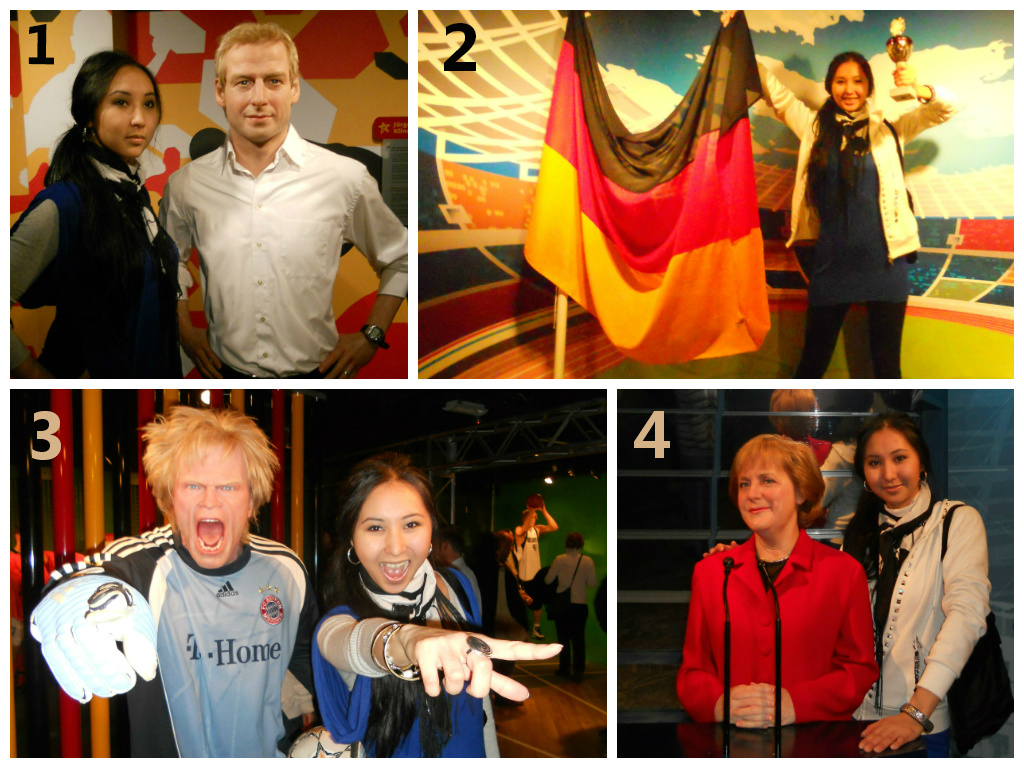 Finland doesn’t participate in the World Cup so we don’t see Finnish football fans in the streets. As usual streets are pretty calm and quiet. However people gather in bars and clubs to see the online translations. They bid for a winner and support different countries where they have friends.

We were overwhelmed by the easy win of Germany’s team in the semi-finals although we supported Germany. We discussed what will be Brazil’s economy after all? People need games, a reason to believe, a national pride. And now it’s lost. 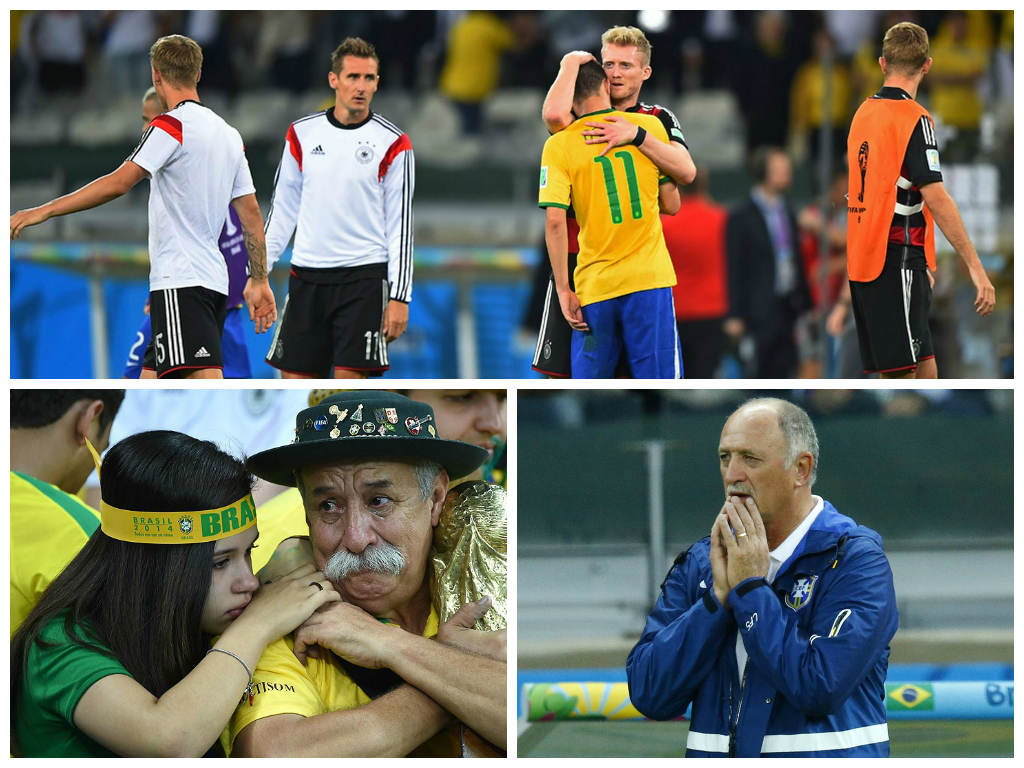 So desperate… In this situation even your opponent has to support you. Brazil’s team has the same coach as in her win in 2002, Luiz Felipe Scolari.

Twelve years ago I gave my support to the German team and even felt sad when they lost a game to Brazil. I was twelve years old. I studied German at school and I decided to write a letter to the German football league.

We didn’t have modern laptops at that time and no Internet so my mom took me to the German embassy in Almaty to get an official address of the league. Our city ceased to be Kazakhstsan’s capital but most of the embassies were still located there. An embassy official provided us a list of German football clubs. I typed a letter in German on my computer with its Windows 3.1 and printed it with an ink-jet. Then we drove with my mom to the central post office in Almaty and I sent my letter to Hannover.

Needless to say, in 2002 Kazakhstan was only 11 years old independent country so at that time we hadn’t widely spread access to modern technologies and it was still a dream to communicate with the world. So I can’t express my happiness when after one month I’ve got an envelop from the Deutscher Fussball-Bund. There was a post card inside with a real signature of the coach. No letter, no words, nothing else but the sign of the attention was enough!

In my letter I greeted every player and especially the coach Rudi Völler. I wrote that I was supporting Germany during the whole World Cup and wished them all the best to win in the future championships. I promised I would give my support to the team and hoped to have a chance to participate in the real World Cup as a volunteer. 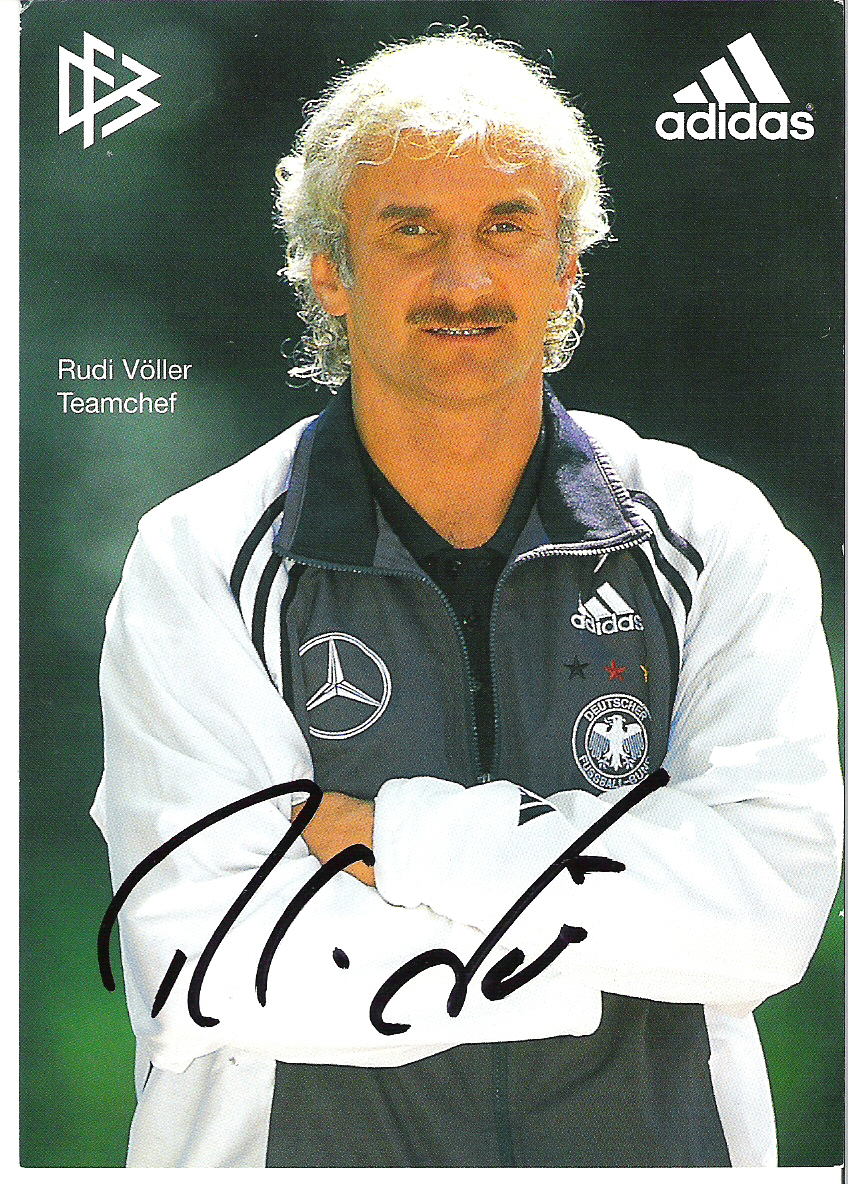 And I’m in Finland being able to tell this story. My view has been changed but looking in retrospective I can say that after these twelve years all my teenage dreams came true. I also have done a voluntary work so I’m thinking about possibility to get to the next World Cup in Saint Petersburg.

Dream big. Act quick. And never give up.

Did I dream about Finland at that age? Yes, I did. And I also did a lot to achieve it. Our dreams are not that unrealistic what we might think of them. Everything is achievable. All we need is to find a way. For example, the German league today sends the signatures on request. We should dream more being adult! Hope the best for Brazil and congrats for Germany’s win in the World Cup, it was far more challenging than the semi-final’s game =).